For any ancient, mystical, or otherworldly sound, there’s one instrument that stands above them all: the duduk. The duduk is an ancient Armenian double-reed woodwind instrument known for its long, mournful dirges. It’s featured in music throughout the South Caucasus and Middle East, creating a perfectly haunting atmosphere for any parched, dry landscape.

“There are a lot of ethnic instruments with a great sound, but they have limited ranges – the duduk has such a wide range,” says project manager Olajide Paris. “What can be done with the note after the initial attack is also very diverse: You can start from a very strict tone to a wide vibrato to something more subtle. It’s a very emotional instrument because of that subtlety and plays well in a lot of different genres.”

The authentic Armenian duduk is made of the wood from apricot trees and is first mentioned in texts written during the Armenian king Tigran the Great in the first century BC. It is most often played in a duet. One duduk is used for a drone, or dum, which employs a circular breathing technique to carry on a limitless note. The main melody is played over the dum and can carry a wide range of expression, from the typical haunting timbres it’s known for to raucous wedding music and festival dances.

“The duduk is very common in film music,” Christian Wirtz, the project lead, explained. “Hearing the duduk reminds me of classic adventures taking you to the desert, pyramids, and forgotten tombs all across the globe. Thinking of The Uncharted Series, Prince of Persia, The Mummy, or something like Black Hawk Down. That style is exactly what we are going for with this library.” 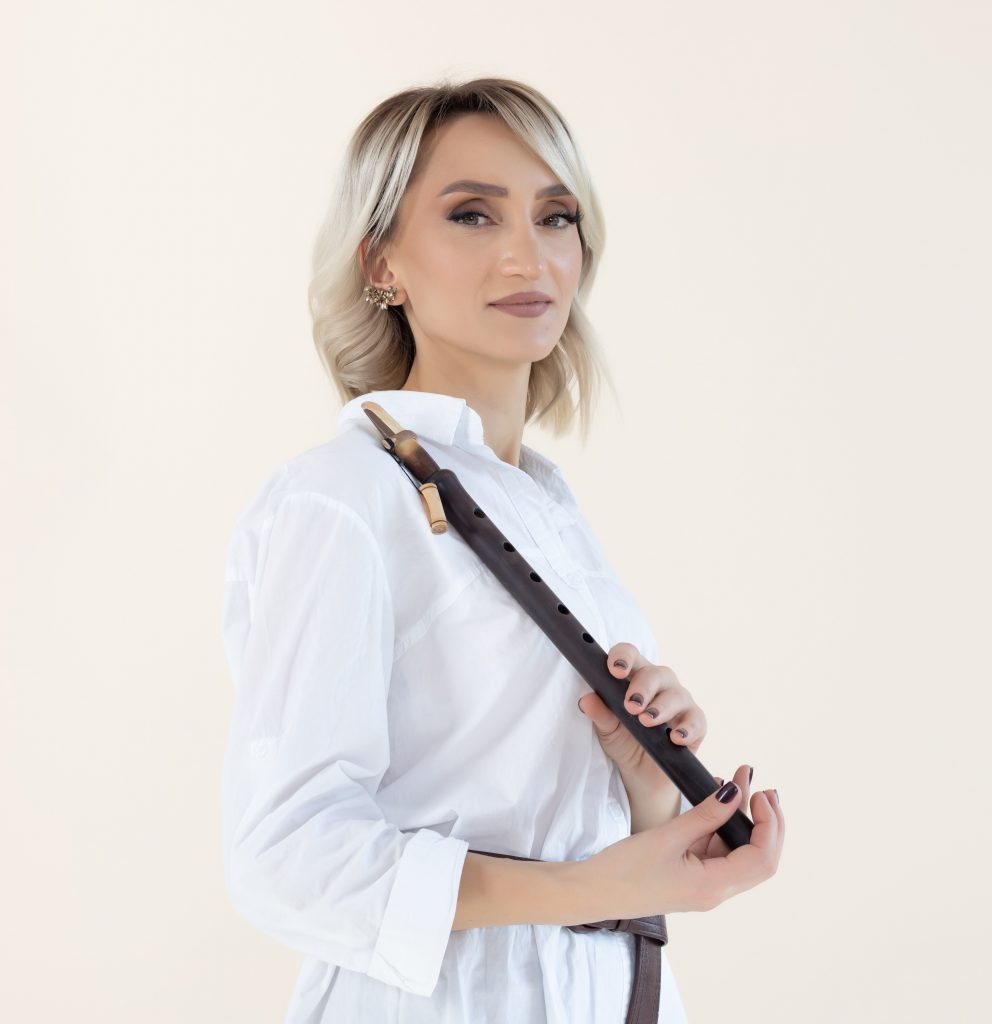 For the project, Christian and Olajide wanted to capture all the evocative peculiarities of the duduk. To play these phrases, Olajide departed to Armenia, the home of the duduk. “I actually travel to Armenia as much as I can,” Olajide says. “It’s one of my favorite countries and Yerevan is one of my favorite cities, there are so many great musicians here. I last came here to do the Origins libraries for Tar & Chonguri and Oud & Qanun before coming back to do the duduk library.”

Olajide met up with the skilled Anna Mkhitaryan at the Composers Union of Armenia to do the recording. It is a kind of shared workspace for musicians and recording artists. Olajide was first introduced to Anna in 2018 through friends in the music industry. They had worked together on various projects since then, so that when Olajide heard that we were planning a duduk library, he said he knew just the right person.

The woman behind the woodwind

“Anna is a great player and it’s great working with her,” Olajide said. He went on: “Duduk is almost exclusively played by men in Armenia. So the fact that we have such a great female duduk player is really extraordinary. People in Armenia were very surprised, because it’s not thought of as being the most feminine instrument.”

Anna Mkhitaryan has played duduk since she was 18 and also plays other Armenian folk spiritual instruments: the pku and zurna. She studied music at the Yerevan State Conservatory and is with her sister the founder of several ethno-music groups, including Tshakhruk, a group composed of physically disadvantaged youths.

As only Olajide was able to make the trip to Yerevan to record Anna, Christian was left monitoring the process on livestream, which is a frequent happening in today’s recording sessions. Olajide was leading the session on site and translating everything for Christian. Languages were bouncing back and forth across the studio, from Armenian to Russian to English. “I was trying to explain our concept for the library, which was quite hard as it was translated over several people and a library like that is very complex. Anna is an expert in duduk traditional music, but a cinematic sample library is something else entirely. At one point, we played an example of Hans Zimmer’s score to Black Hawk Down. She played that phrase perfectly a second later. That’s when I knew that we had the right musician at hand.”

“My main inspiration is from Armenian ethnic music,” Anna says. “When I received the offer from Sonuscore, I immediately imagined the duduk would be ideal for any film.”

All the phrases in the library are split into 10 lyrical main themes in three keys (C, F, and A), with seven bonus themes in one key each. They are each unique in their style and include sets of expressive and emotive phrases. “These improvised phrases will give a production directly much more of a live musician feeling,” Christian says, “something which is hard to do with just single note samples otherwise.”

For more information, check out the Ancient Duduk Phrases page.